Some recollections of the WW2 activity in Purbeck.


Purbeck played a very large part in WW2, largely without much public knowledge of what was afoot. The biggest operation was that which took place close to the village of Worth Matravers. Here it was that 10 centimetre radar was developed. The site also housed a Chain-home and Chain-home-low station as part of the early warning protection which stretched around most of the U.K. Radar as a principle, had been established earlier, by the team at Bawdsey and such people as Watson-Watt, Wilkins and Bowen - but the much higher frequencies required for accurate airborne radar required a new approach.

10 cm. radar was developed from first principles by the scientists and engineers employed at Worth under conditions of secrecy. Their work led ultimately to airborne  systems such as the AI mk8 and the work done at Worth paved the way for systems in use today.
Known officially as 'TRE' (Telecommunications research establishment), the group expanded in to various nearby locations; Leeson and Durnford schools and Forres school in Swanage was used as a training establishment.

Later, the site was to also house a GEE transmitter and an additional 300 ft. Steel tower. GEE was an accurate navigation system devised by R.J. Dippy. The transmitter at Worth employed a frequency of 30.7 Mc/s and had an externally radiated pulse peak power of around 100 KWatts. Many of the team lived in Swanage at the time, including Dippy.
A further accurate bombing navigation was OBOE and a station for this was set up at Swanage, where the Durlston Country Park now sits.

Nothing remains now of the OBOE site and little remains at Worth, with the exception of the GEE building and some remnants of the Chain-home-low station on the very edge of St. Aldhem's head, close to the coastguard hut. 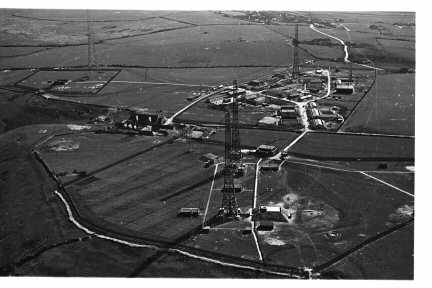 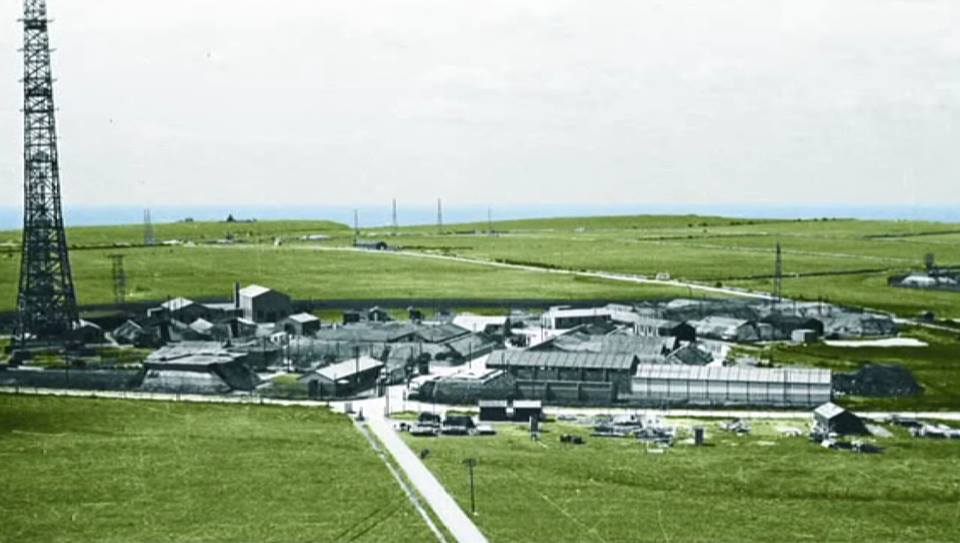 
A communications centre was established in underground bunkers at Knitson. This was used for communication to the 'D-DAY' invasion forces. It consisted of an administration and generating plant at the foot of Nine-Barrow down close to Knitson farm, and three bunkers at the top of the hill, one of which was refurbished for modern VHF communications. It is sometimes wrongly thought that this was part of the radar establishment. 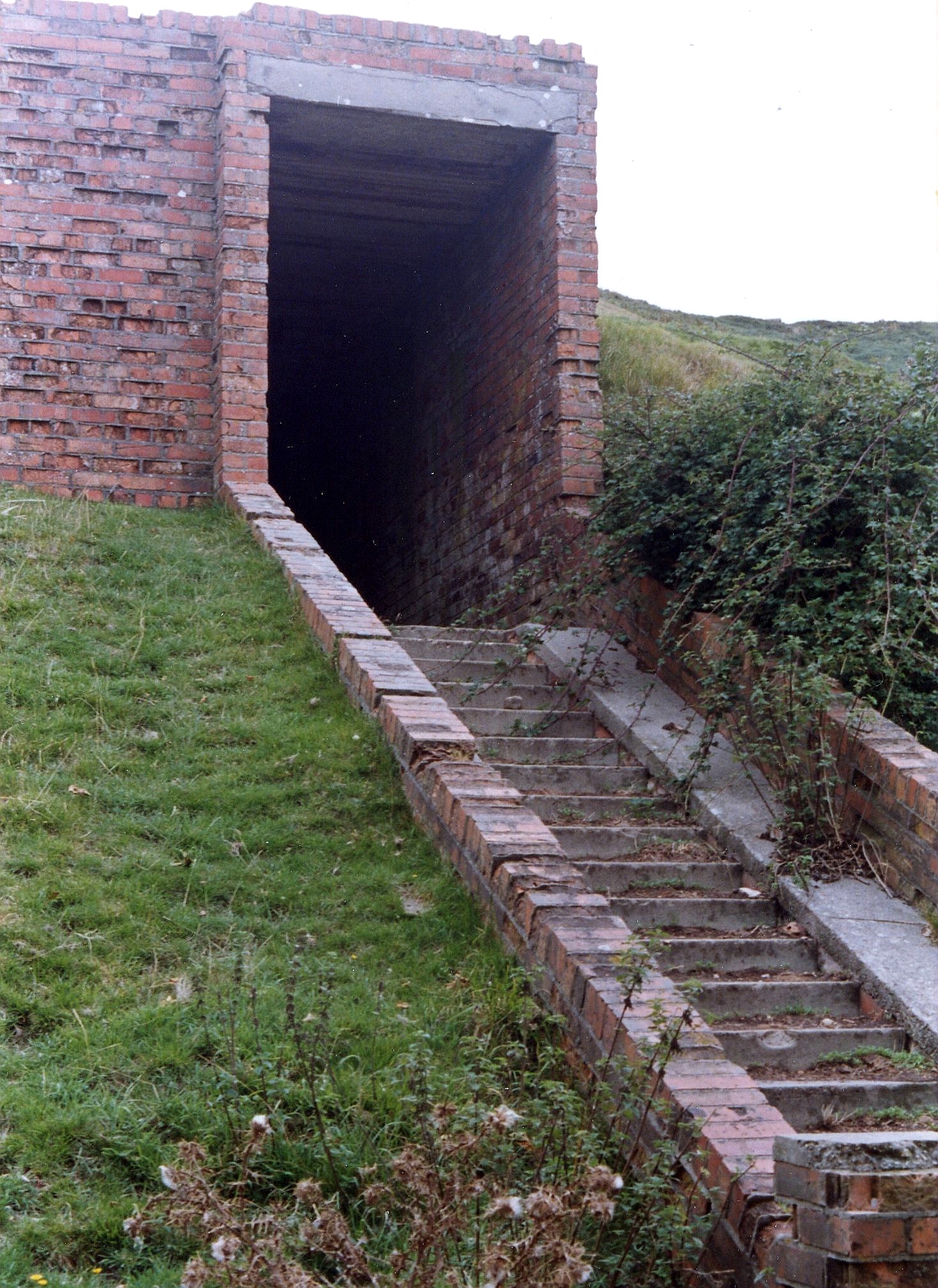 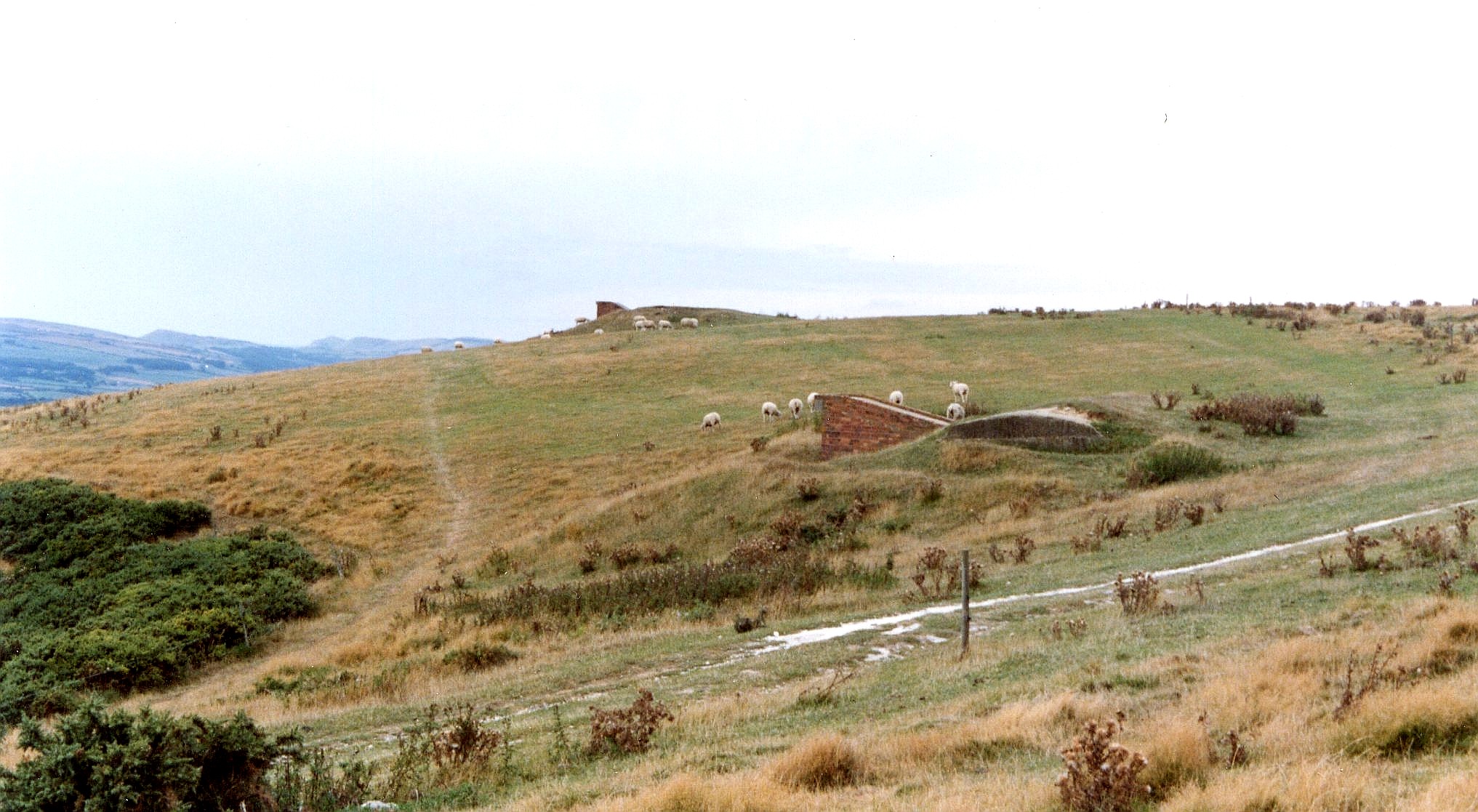 
Secret war-time activity was not confined to the professionals. My grandfather (Richard Walter Daw) was then Chief Booking Clerk at Swanage station. In his off-duty time he used a government-supplied radio receiver to track German signals on an official basis. He was one of many 'Voluntary Interceptors'. The messages they received along with the government 'Y' receiving stations were passed on to Bletchley Park for decryption. He did not know this at the time, but it was obvious that the signals were of use in some form. 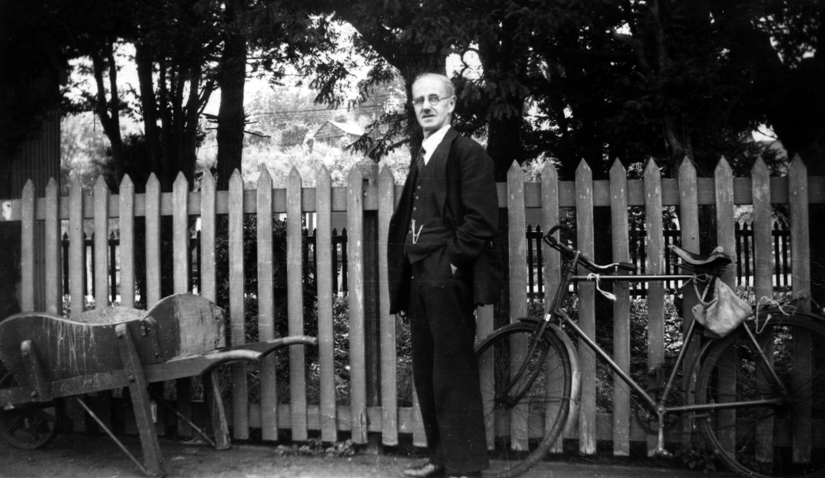 R.W. Daw, photographed on the platform of Corfe Castle station, around 1951.

Below:
Two remaining documents relating to his work as a Voluntary Interceptor: 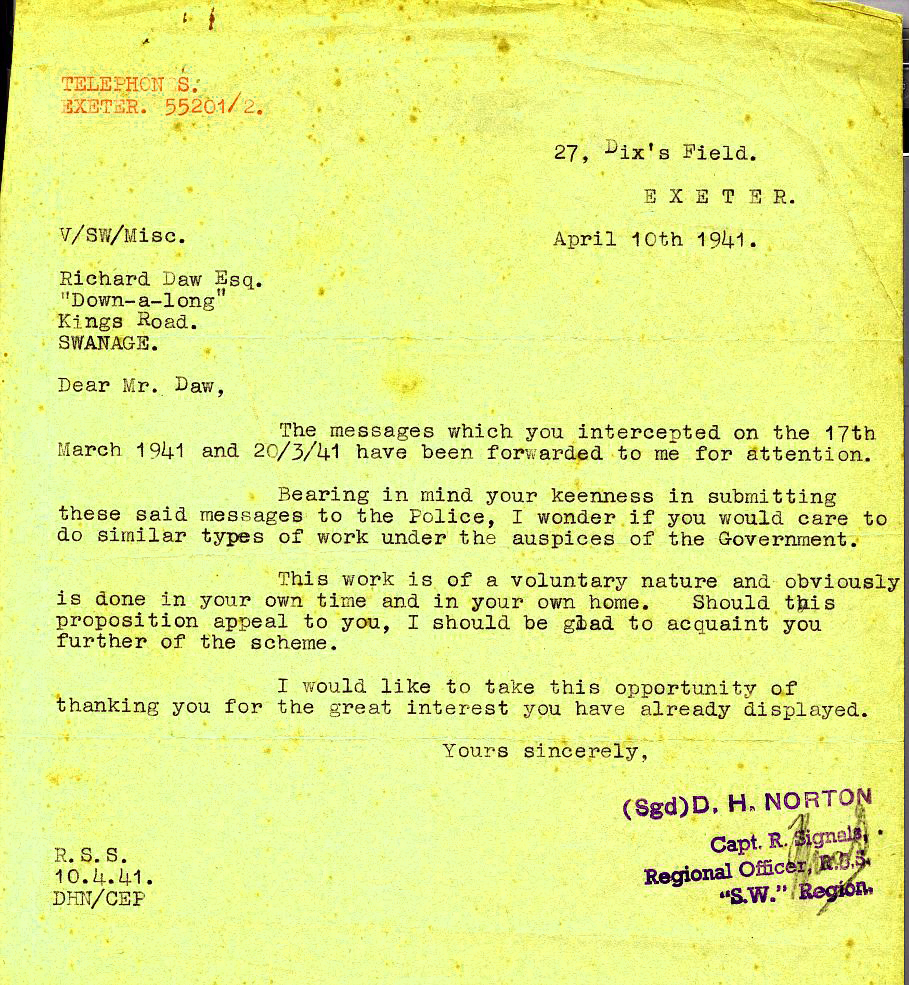 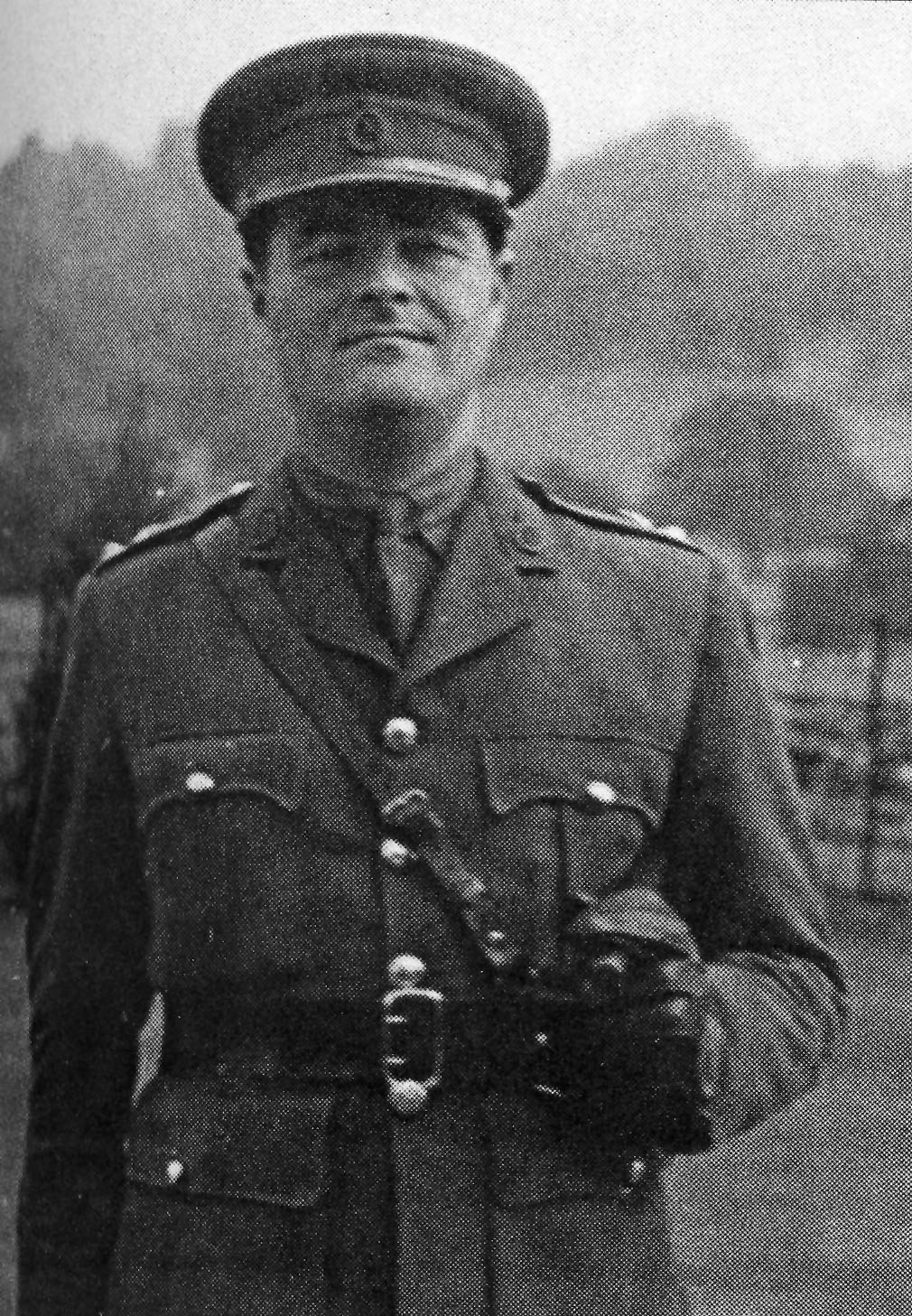 At left: E.F. (Ted) Maltby, whose signature appears on the memo. (Courtesy of Geoffrey Pidgeon.) 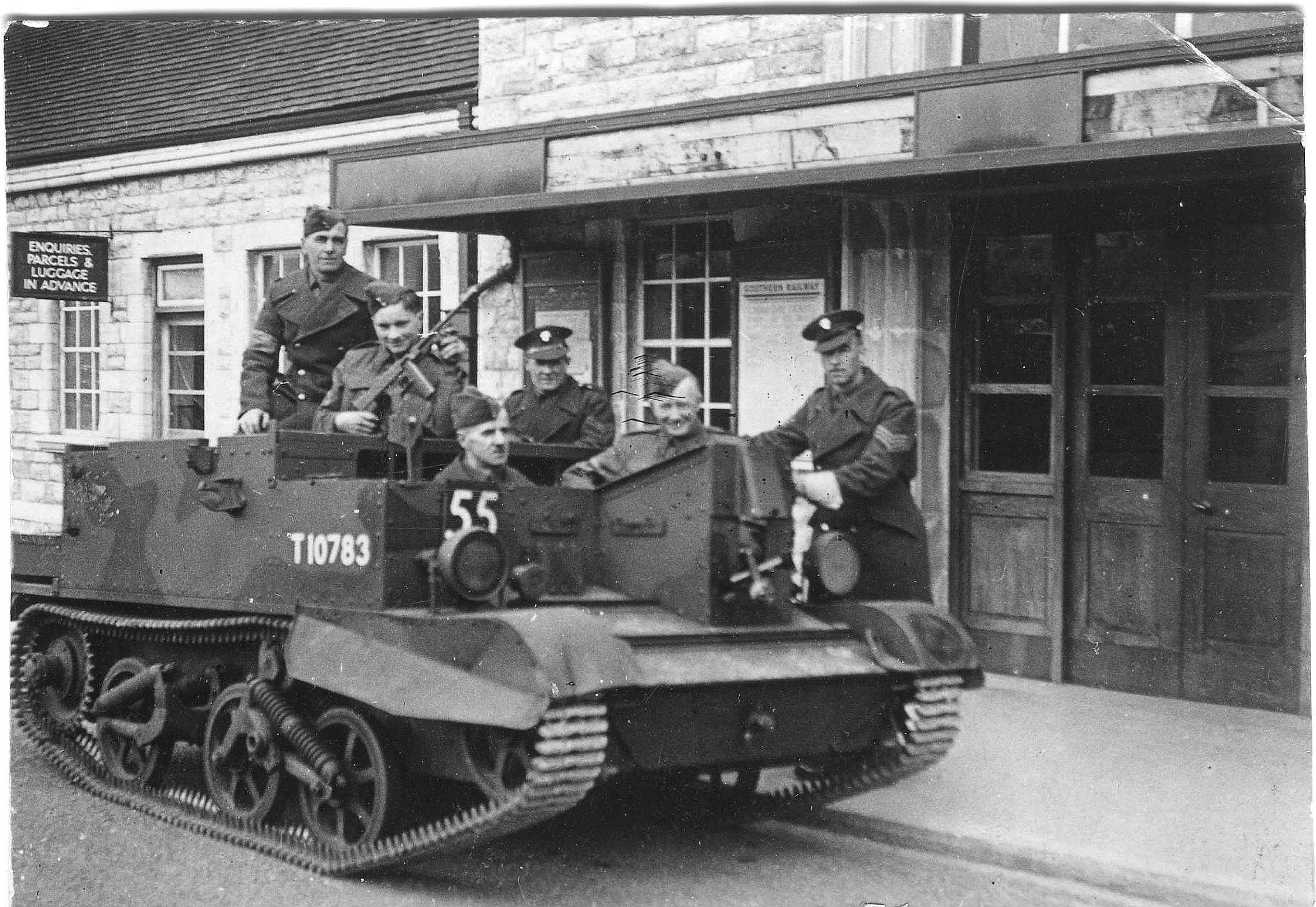 R.W.Daw (allegedly driving) with others outside Swanage Railway station
as members of the Swanage Home Guard.