After the nitroglycerine and nitrocellulose are ready for use, they are carefully mixed. This was formerly done by hand (and with some care!). Later practice within the RNCF
made use of the fact that NC was piped to the mixing point as a slurry in water. When this arrived in the mixing vessel (Tun dish), the nitroglycerine was added by a gravity spray system.
This picture (below) shows the operation in what was called a burette house: 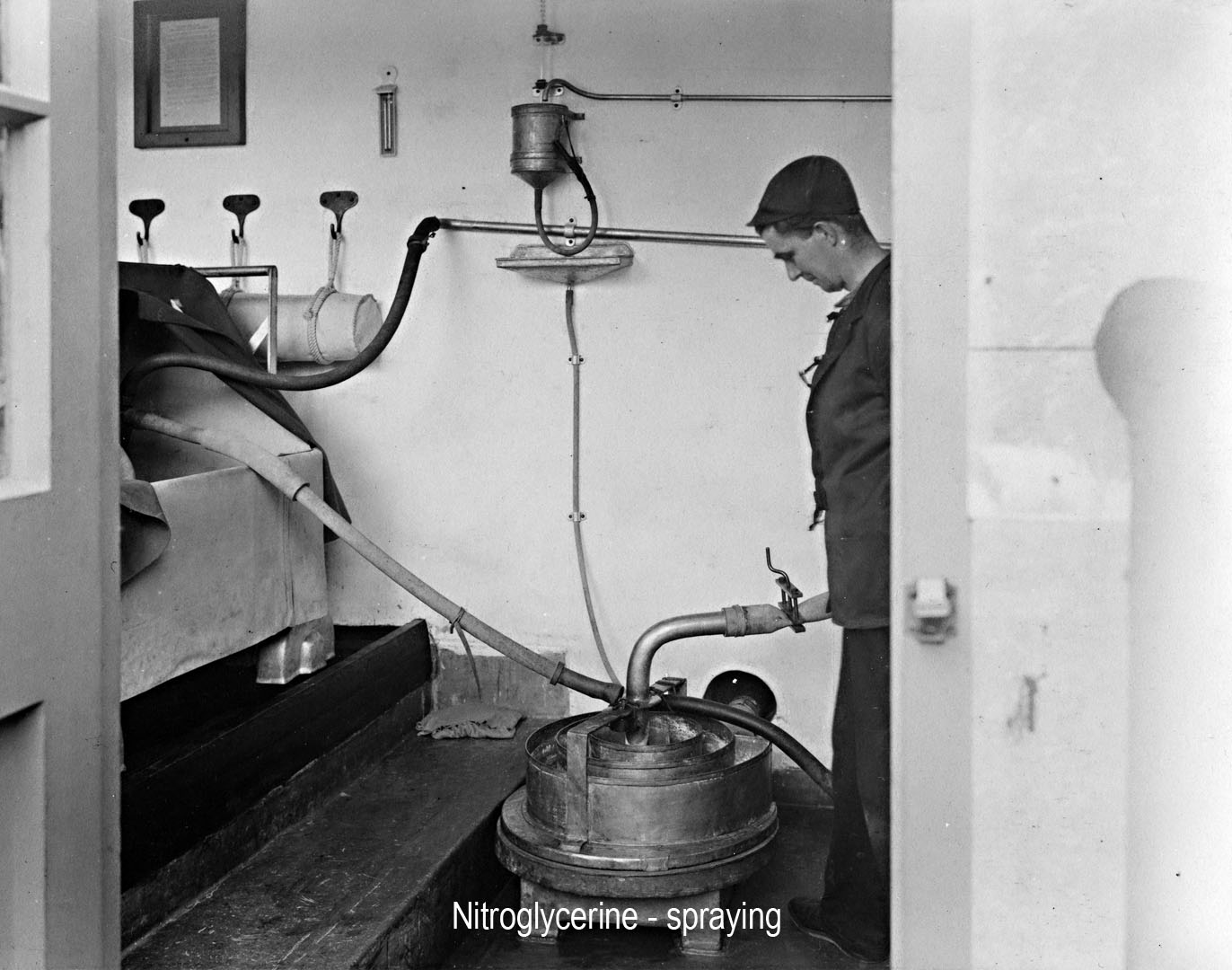 After the spraying process, the mixture was sent to the paste mixing house, where thorough mixing occurred, resulting in a flat sheet with most surplus moisture removed. See the picture of a typical mixing house below: